It's a monumental Monday for Nintendo today- Four new Virtual Console games hit the virtual shelves today. Inclusive we've got another great looking TG16 side scrolling shooter called Dead Moon. Pick up this one, and you'll be defending Earth against Armageddon and an alien invasion. On deck we've got Milon's Secret Castle, a music based platformer with tons of unlockables and secrets to go around. On the Genesis side of things, our old buddies Toe Jam and Earl are back in ToeJam & Earl in Panic on Funkotron in another heavily music based game where the lovable heroes will be snagging up human-folk and sending them back to Earth.

Not so 'monumental' yet huh? Well, while all of these titles have sparked my interest, nothing hits home like:

Zelda 2: The Adventure of Link for the NES. Nintendo is celebrating their 100th Virtual Console release with a treat- the classic NES Zelda game that took the franchise in a new, more action oriented direction. Encountering people to talk to, and a more side-scrolling based method of combat you'll use to help save the Princess Zelda are a couple of the new and interesting features in this week's must have. There's no added price for the game, as it rests at a measly 500 points- you owe it to yourself to pick this up, you'll have a surefire blast with it.

If you're torn between any of these solid games, Zelda is at least one game you must have on your console. A defining moment in the series (not CDi defining, but defining nonetheless) made for some fantastic gameplay, and it awaits you for a minuscule five bucks. 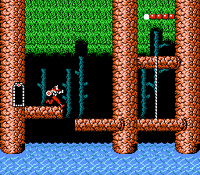 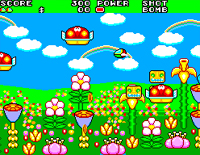 Fantasy Zone 2: The Tears of Opa-Opa 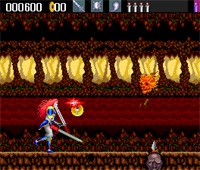