Welcome to the VC Database

Hello and welcome to the Wii Virtual Console Database! We're proud to bring you this site as a service to all the curious Wii owners out there.

Nintendo has been hyping the Virtual Console part of the Wii for quite some time now, and have managed to release some really great games for it since the Wii launched. When I first checked out the Wii Shop channel I couldn't help but notice that the game listings contained very little info. There was enough there if you were familiar with the game, but not nearly enough info for new customers to make an informed buying decision. It was that realization that brought this site to you.

The Wii VC Database is a one-stop-shop to find info about all the released games, screenshots, reviews and links to other resources on the net. I wanted to bring this all together in one place, because who wants to surf around to find it?

We are planning lots of features for further down the road as well, so you can rest assured that the Wii VC Db will be the ultimate site for your Virtual Console info.

So check it out, poke around and let us know what you think.

5 Responses to "Welcome to the VC Database" 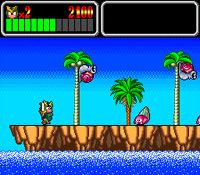 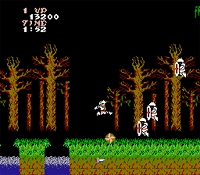