Ecco the Dolphin on Virtual Console

Travel through the time along with Ecco the dolphin, in the only game that could call itself a 'dolphin simulator'. Indeed, you can do pretty much everything a typical dolphin does, including eating fishes, surface in order to breath, using your biological sonar and of course jump out of the water to amaze your friends.

The storyline is actually deeper that one may think by looking at the box illustration. As Ecco, you are the only dolphin which managed to escape from the giant whirlpool who sucked down its entire pod. The five shining stars on your front show you are the chosen one to save them.

But that task will be not be an easy one, as you will have to travel time and space with the Atlantean time machine, and meet the mystical Asterite in order to defeat the vortex queen. 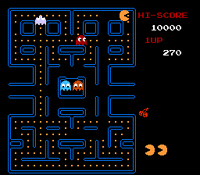