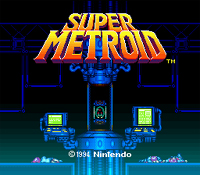 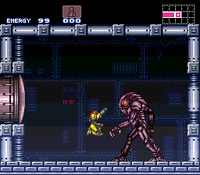 With the last Metroid in captivity, the galaxy is at peace. But when Space Pirates snatch the larva for their own evil purposes, bounty hunter Samus Aran must spring into action once again!

Return to the labyrinthine underworld of Planet Zebes and explore deeper than ever before, using new abilities like the Grappling Beam and X-Ray Scope, and battle massive bosses with an awesome arsenal of beams, missiles and bombs.

Super Metroid is renowned as one of the greatest 2D action games ever made, and paved the way for the Metroid Prime series with its innovative map system, diverse range of weapons and suits, and wealth of secrets to discover.